Foothills Community Care is a not-for-profit grassroots Christian organisation which walks alongside those who are in need of a safe place to connect in the Dandenong Ranges, Knox and surrounding foothills areas.

Established in 2002, Foothills provides safe spaces where people can connect and engage as they address challenges such as family and domestic violence, addictions, homelessness, poverty, food insecurity, mental health, and social isolation. Many of our friends come from challenging backgrounds, and we seek to create spaces offering dignity and hope without judgment, where people can feel safe, valued and loved.

Our connection often begins by providing a hearty, nutritious, home-cooked meal to all who walk in. However, it is much more than just a meal, it is a welcome into a positive and inclusive community for people who may not connect anywhere else. For many it is a hand up, not a handout.

Mission
To create open and inclusive communities of love and acceptance, overcoming isolation and despair.

Vision
Our vision is a world where everybody is able to live in safe, warm, inclusive communities. We work to combat despair, isolation and loneliness with acceptance, hospitality, love, community and grace.

To find our more about Who we are & What we do, we invite you to read our 2021 Annual Report and our 2021 Financial Report 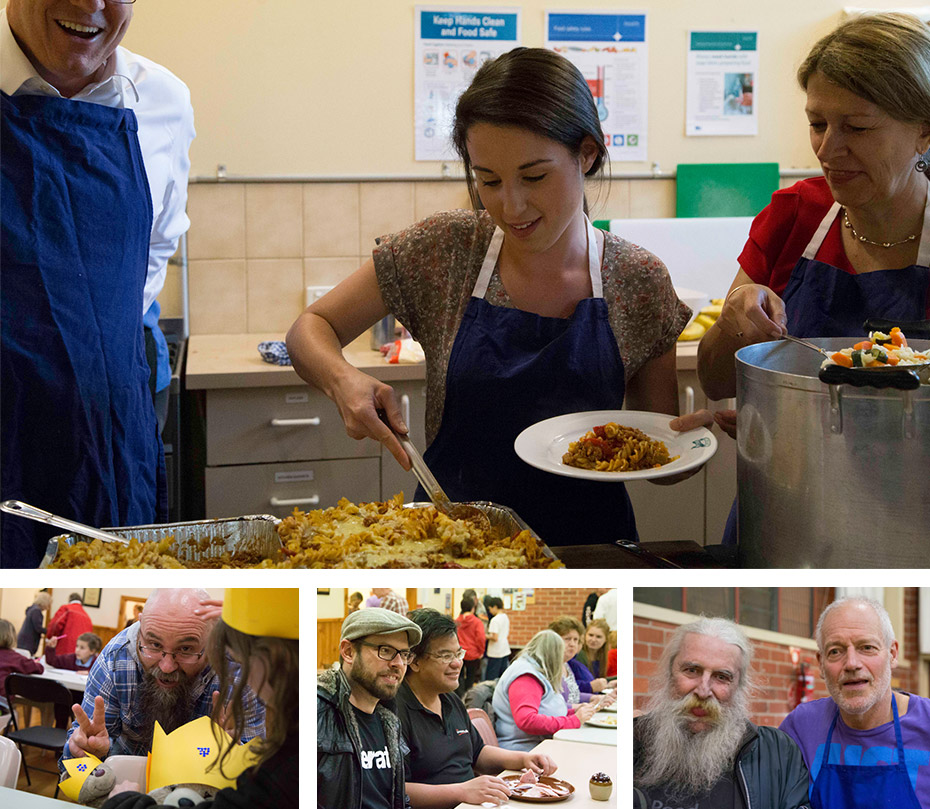 “Hospitality means primarily the creation of free space where the stranger can enter and become a friend instead of an enemy. Hospitality is not to change people, but to offer them space where change can take place. It is not to bring men and women over to our side, but to offer freedom not disturbed by dividing lines.” Henri J.M. Nouwen, Reaching Out

Foothills Community Care began in early 2002, as a small group of friends looking to respond to local needs in the Ferntree Gully and surrounding area. It begun in partnership with Foothills Community Church (later Foothills Neighbourhood Communities) Both were auspiced under the banner of Churches of Christ Victorian/Tasmanian Conference.

Our first Ferntree Gully Christmas Day Lunch began on December 25, 2002. This was an expression of a community partnership, responding to local needs within the community after speaking with many locals, and local community groups, churches and Knox Council.

In 2003 Knox Council invited us to provide the suppers at their Citizenship Ceremonies. This was a great opportunity to welcome new citizens into our community through serving good food and at the same time provide some much needed resources to fund our other projects. This has continued for the past 13 years, about 6-8 times per year. It also speaks well of our partnerships with local community, particularly Knox City Council.

Ferntree Gully Community Meal Night commenced on Wednesday evenings in early 2007. Providing weekly home-cooked nutritious meals to locals, as well as providing a supportive community environment, these nights continue to be important places of connection for so many locals. Over that time we have served over 30,000 meals in over 500 Wednesday evenings. Most nights see around 65 people gather together for a chat and a meal.

In 2009 we commenced a second community meal night, on a Tuesday evening in the Mountain Gate estate of Ferntree Gully. This continued for 3 years until the end of 2012 when we hit the pause button on the night. This was due to our main coordinator not being able to continue due to her other work commitments. We started looking around for a suitable replacement. Little did we know then what would happen later.

Throughout 2014 and 2015 we looked and researched other possible areas of need to commence another meal night, having found a suitable coordinator. Unfortunately our previous Mountain Gate premises was not available. Late 2015, in partnership with Upwey Baptist Church, we commenced our Monday night Upwey Community Meal Night, serving the local hills community. 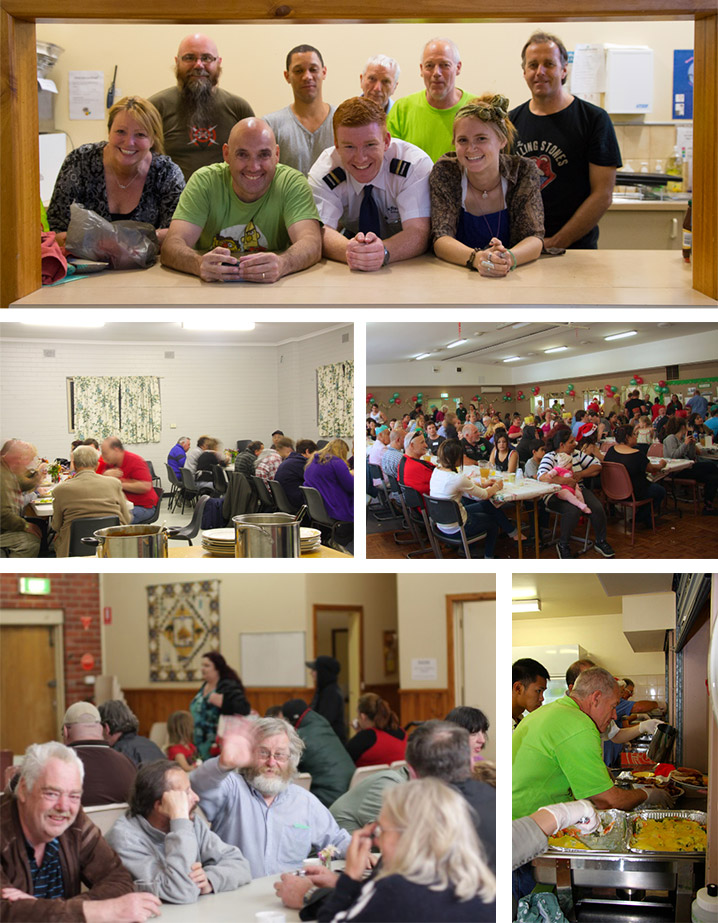 Also in 2015 we came across a small group of committed people, providing frozen home-cooked meals to those in need in the hills area. Community Casseroles had commenced in early 2015 and by late 2015 had grown to the point of providing 100 meals per month. In late 2015 a partnership was struck and Community Casseroles became a project of Foothills Community Care, continuing to deliver nutritious home-cooked frozen meals to locals of the hills who need a hand for a short period of time.

All of these Community Meals and Christmas Lunches rely heavily on a team of committed volunteers. We are incredibly grateful to those who give of their time, energies and skills to serve our local communities. We currently have over 200 volunteers regularly giving of their time throughout the year.

Who We Are Auspiced By

We rely heavily on volunteers from the local community to help run our programs. Each year we have over 200 volunteers participate, some are weekly, some are one-off. We’re also proactive in offering opportunities for students to get involved. We believe it’s important to provide all people within our community a meaningful way to contribute. All potential volunteers must apply via our online application form, which can be found in the ‘support’ section of our website.

Foothills Community Care has a zero tolerance policy in relation to abuse of vulnerable people including children, and adopts the CCVT Child Safety Policy. All our volunteers have a current Working With Children’s Check and undergo regular training in Child Safety.

Community partnerships are important to us, as we do not work in isolation from other groups. We partner with local schools, businesses, community groups, sporting clubs, churches and individuals. Through these partnerships we receive donations, volunteers and networks to build a stronger community.